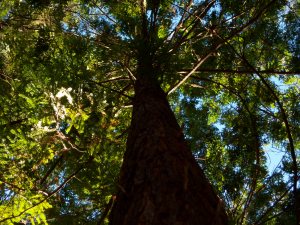 “The only thing limiting us in life is our belief that there are limits!” – Author unknown

What are your personal beliefs and why are they important in the practice of Personal Mastery? Our personal beliefs are deep-seated thoughts and assumptions we hold that were formed in childhood. They are located within our conscience and sub-conscience and influence how we think and interact with others, the world, and ourselves. Early in life, messages and lessons from our parents, relatives, teachers and friends set the foundation of our beliefs. They are intertwined within our personality and become the rules we follow and filters we use to make decisions. Understanding our beliefs is part of understanding who we are.

Our relationships with our family members, particularly our parents, have great influence in how we view and react to our beliefs. Some of our beliefs are positive such as most people are kind, I’m a good teacher, I’m intelligent. Some beliefs are negative and limit our ability to be our best such as I’m ugly or not smart enough.

Think about how the belief of being ugly would influence your self-esteem and confidence. If we believe we are ugly, our self-worth diminishes and we feel unworthy of love. First I’d like to say…no scream that no one is ugly! Let me say that again because sometimes women in particular allow our American culture of body perfection to influence what we believe about ourselves. NO ONE IS UGLY! Beauty is in the eye of the beholder means that the perception of beauty is subjective.

“Beauty in things exists merely in the mind which contemplates them.” – David Hume

Most of us some time in life battle negative beliefs that threaten to derail our personal and profession success. Negative beliefs are otherwise known as limiting beliefs. As we mature, gain life experience, and are exposed to diverse ways of thinking we may realize what we believe may not be accurate.

I realized in my 20’s that I held a limiting belief that I wasn’t smart enough. I took a psychology class which we reviewed our personal values and beliefs. We went through several exercises that helped me to uncover this belief, which started when my parents told me that I would be repeating second grade. It was the ultimate failure – If I couldn’t advance in school, I must be dumb.

I was a young second grader who was almost debilitating shy. I had just moved from another state and started a new school. I struggled with getting to know with my classmates (my introverted trait) and when I was at home I heard nothing but frustration and upset from my five older siblings about our move and the loss of their friends. My world was shaken and I was struggling to make sense of it.

Uncovering the limiting belief of not being smart enough was a life changer for me. It wasn’t because I wasn’t smart enough; emotionally I just wasn’t ready to move on! I didn’t understand this when I was in second grade. I had created a limiting belief, which caused a ripple effect with my education and learning until my early 20’s.

The recognition of this belief took a weight off of my shoulders and gave me a huge confidence boost but, discovery was just step one of the process. I now needed to work on the replacement of it with a positive belief. I needed to tell myself (often by the way) that I was smart enough. Every time I thought I wasn’t, I would remember that this was untrue and to tell myself that I was. This change didn’t happen overnight and I must admit that there some occasions when this limiting belief rears its ugly head.

I’m a happy optimist through and through. I will always take the high road, look at the bright side, yes the glass is always half full 😉 and I’ll (almost always) turn the other cheek. It is a value my Mom instilled in me and one that I treasure deeply. This is also the value that got me through school up through my 20’s!

“It’s the repetition of affirmations that leads to belief. And once that belief becomes a deep conviction, things begin to happen.” – Muhammad Ali

Knowing our negative beliefs is a useful first step in conquering our limiting beliefs. There are many ways to identify these beliefs and to help us to work on the removal of them. Here is one site that reviews limiting beliefs and provides you guidance on how to remove them.

“The world we see that seems so insane is the result of a belief system that is not working. To perceive the world differently, we must be willing to change our belief system, let the past slip away, expand our sense of now, and dissolve the fear in our minds.” – William James

7 thoughts on “Knowing Your Beliefs”